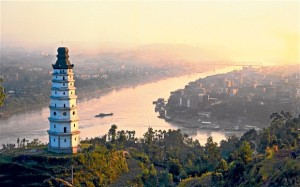 China officially Peoples Republic of China is world largest in population. China is a leading economy of the world. Due to its greatest number of labor man power its industrial sector has flourished. Famous and well know multinational have shifted their business and manufacturing to china. China is now looking to give a share in its economy by making corridors and economic agreements with its neighbors.

Presently china is sharing in its economic progress by making investment in neighboring countries, like Pakistan, India, Bangladesh. In middle east China has made several trade agreements with UAE. CPEC is one of the biggest investment in Pakistan, which is under progress.

Capital Beijing is industrial hub and famous city. China has diversity in weather, rivers, lakes and population. China has 22 provinces and several other administratively controlled areas. Shanghai and Beijing are most populas cities. Chinese culture bears impacts of Confucianism. Calligraphy, poetry and drama are major sects of culture.  Chinese language is most spoken languages of the world. Largest ethnic group is Han 91 % of total Chinese population. Area is 9,596,961 km2

Present china is result of 1949 revolution under the leadership of Mao Zedong. Mao Zedong was a great reformer and founder of this nation. Zhu Rongji, Jiang Zemin and Li Peng are famous leaders of china. Li Keqiang is present head of country.