The very first revelation on the Holy Prophet Muhammad (PBUH) was about the learning and education. Importance of education was imperative in ancient civilizations. As we know that Indus valley civilization gave birth to Hinduism; whereas Greek and Babylonian laid foundation of many scientific disciplines. The modern era is of no exception to this. Most of the developed nations’ progress are due to advancement in science and technology. For example Japan, USA, Russia and other European nations are economically developing, their progress is due to work and inventions of their scientists and engineers.Contribution of education to economic development is now an accepted truth.

On the other, hand if we observe the poorer and under developed nations we will find only one difference which is education.   Hence, it is imperative that no nation in the world can make progress and becomes prosperous without provision of education and new technology for their masses. 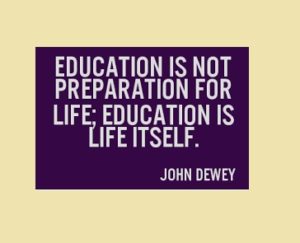 Likewise, industrial and developed nations have made progress due to acquisition of knowledge and skills. Since, Muslims obtained initial knowledge from Greek. While, it was Muslims’ scholars work and research upon which West laid foundation of Industries and development. Consequently, Industrial revolution in the west was due to the knowledge, wisdom and research made by their professionals. Similarly, winds of knowledge crossed continents and reached Americas.

At first these nations established educational institution in their countries. The motto, free and compulsory education for all was their top agenda. On the other hand, researchers, educationist and professionals were encouraged through investment and rewards. Besides this, new ideas and innovations were accepted with open heart. All and sundry were encouraged to participate in the nation’s building. It was that institutions which created professionals in all fields of knowledge.

Furthermore, education in these nations rooted basics industries. Such basic infrastructure in next phase developed into complex and large industrial zones. Earlier, in every industrialized country steel and iron industry got boost and then others industries came into existence.

Moreover, there are a lot of resources in many countries, however such countries made best use of its natural resources where education rate is high. As it is evident from the problems of African Nations. Luckily these nations are rich in the minerals as well as natural resources. But due to the uncertain political situation and low literacy rates, they are unable to tap these resources.

On the other hand, the IQ level of Japanese students is one of the highest in the world. While Japanese’s literacy rate is also comparatively high. Hence key to its advancement is due to education. In the same line China imparted training to their youth in IT and Science, result is, now Chinese economy is at top level in the world.

Importance of female education in developing countries
On contrary to this in LDCs, usually education expenditure is very low as compared to GDP of these countries. Whereas developed nations spend more on education and health. Moreover, respect for a teacher and educated persons is another issue, due to which education standard is low is LDCs. It is pertinent to mention here that a cut on salaries and expenditure was made by the British government during WWII, but teachers were given exemption from this cut. According to then Prime Minister of Britain, if the teacher would not satisfy then, building of future generation would be with a dilemma. Now Britain is also leading economy in the world due to preference given to education.

Last but not least, if the poor and underdeveloped nations want to grow then, they have to pay attention to education of women. This is what also mentioned in the millennium development goal 2015 of UNO. Which is:

To Eradicate extreme poverty and hunger from the world.
Work to Achieve universal primary education for all.
Help nations to remove gender discrimination.
Effort for cutting down level of child death.
Improvement in health of mother and children.
Combat HIV/AIDS, malaria and other diseases.
To address the issue of climate change. 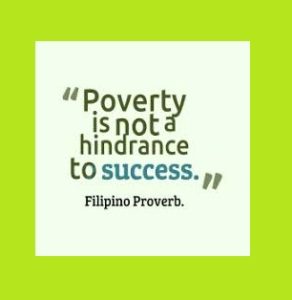 In short, education is a compulsory ingredient of prosperous nations. If the LDCs want to get progress, then they have to spend more on the education sector. Specifically, women education may be at top priority. And reforms may be made to eradicate gender discrimination. Spending at primary level of education will also make difference.

More on our web

Essay should students textbooks be replaced by notebook computers