What is Social Media?

Social Media is becoming one of the most powerful ICT tools that have affected the way of life of people and their style of working at large. Social media may be referred as group of internet applications that form a web that allow the end user to copy, share, and create its own defined content. (Social Media Essay)

Social media depends upon largely on mobile and internet based web applications. Social media is highly interacted platforms. One of the basic reason of its wide spread and usability is that it is totally free of cost. Anyone can comment share and create its own content. No doubt it has facilitated internet user to get daily news and awareness about its dear ones. It is being used as a source of training and education as well. According a survey more than 50% young adults get information about their surroundings through this tool.

Role of Social Media in society

Social media has its role in reshaping a society. According to a Google executive Wael Ghonim, “If you want to liberate a society, just give them access to Internet. Ads and contents on the social media may be considered as a bullet, which does not kill or wound a person but just change and affects its views and thinking on a particular topic.  Internet and social media is responsible in fostering sectors like  IT, Economics, Social Awareness, and uprising of silent revolutions in most parts around the globe. In short, it permeates every aspect of our life. It is working as a Geo-Location tool, which is connecting people across the boundaries. Reach, accessibility, sharing, usability, reshaping/re-sharing are the basic advantages of social media. These capabilities of social media are making it a biggest tool for promoting marketing and e-commerce. Social media may predict result of a campaign, survey or an election prior to its commencement. As we have seen that on Facebook Barak Obama was most liked personality as compared to its competitor, and after election results were favorable for Obama.

Social media has many types and forms from a simple blog to a complex web. Many platforms like user forums, community blog, country, and continent network. It also includes sharing of products info with customers to get their comments. Gaming, photo/video sharing.  Some types of social media are based on text and document sharing like “Twitter”. However recently twitter has also allowed user to launch their videos and photos on it as well as Facebook. Google+, Facebook, Twitter, LinkedIn, and YouTube are major social media applications that are largely being used around the globe through PC and mobile. Identity, Conversations, Sharing, Presence, Relationships, Reputation, Groups are the 7 building blocks which are defined by IT experts and analysts.

Advantages and Disadvantages Of Social Media

Besides its advantages and excessive usage, social media also have some drawbacks. Contents posted on the social web are generating issues of piracy, ownership, privacy, and time consuming. People are getting addiction of these webs and they are giving their plenty of time to these webs rather than sharing their time and space with their dear ones. Face to face interactions have been decreased. People even sitting at their homes are vulnerable to find their time to greet and meet their kith and kin. Social media has grasped time which were for the friends and relatives a couple of decades ago. Now it may be argued that technology is getting its control on the web and it is driving the people in their own way.

There are also sexual predators which are using uploaded contents for their dirty purposes. Social media is also responsible for building and widening the gender gap . People who are unfamiliar with these tools may get isolated. Reality has been changed with virtuality. Social media is a great source of news and information but the text and majority does not trust information saved over it.

One of the major drawbacks of this media is privacy, which is handled by the others, which are added in the profile of the user. Other users are free to comments, copy, and share like and dislike the items added on the web. Thus, these factors crop ones personality in their own way, which may be far from reality. Social Medias have their own integration they are not controlled by a single body community and user. They are administrated by a bulk of people, which even do not know the reality. It may be considered as a marathon that is being initiated from hundreds of paths and having hundreds of their own destinations.

Social Media has also made cut to the social life of common people. There are two main groups of people in society extrovert and introvert. The people who believe in social relation are referred as extrovert and this class of people spend more time to enhance their social relation through Social media, they easily get integrated in the social media while introvert are the people who likely use social medias comparatively at higher rates but due to their nonsocial attitude they may be badly affected by this, they will use the media in negative sense, by indulging themselves in hunt of sex/porn images, time wasting and hunting in search of unhealthy things. 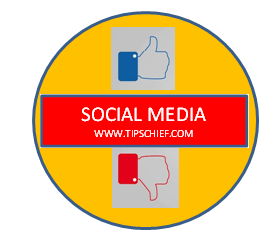 Social media has also disturbed the students’ community. Students spent most of their time in using such sites and thus lost their useful time for studies. According to an English essay “Why boys fail in college” we have now add one more reason for failure that is social media.