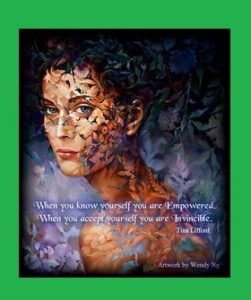 “Women empowerment essay is being posted for your guidance and study”

As a gender Women on the whole in the world is facing numerous problem. Rather she is an individual of developed or underdeveloped country’s society.

There are unseen and seen factors which are militating their image in the society. Most of these factors are man-made (not just gender man but as a whole system or society). Whereas others are due to lack of education and proper guidance. Efforts all over the world at almost all international forums, are in progress. Print and Electronic Medias  are highlighting issues related to gender issues especially women.

What is Women empowerment

The core of all problems related to women is not being given the equal share in the society as well as in work. This share is  in terms of rights and privileges.

In the 60th session of the Commission on the Status of Women (CSW) of the United Nations (UN), which was commenced on 14 to 24 March 2016, in the city of New York. The point “women’s empowerment and its link to sustainable development” was discussed by all the participants and it was reiterated to make the women empowered. It was stressed in the session that general awareness and legislation may be made in the countries where problem is more diverse.

First issue which is now at alarming stage is of poor Health. Here problem arises when guardian and society do not pay attention to the health of women. Often women at homes in the Asian and African countries are not given proper treatment and medicine. They are not fetched to a proper doctor and health physician for their treatment. If some percentage ever reach the hospital then in hospital proper facilities are not found in such countries.

According to WHO Cancer, is top most disease which is affecting women. The problem has become worsened due to lack of proper guidance and information about the disease. All and sundry should be made aware about breast cancer.

WHO has analyzed that around half a million women die from cervical cancer and half a million from breast cancer each year. The disease is horrific in the underdeveloped nations where screening, treatment and prevention facilities are almost absent.

Now a days, Violence against women is becoming one of the top issues especially in Asia and Africa where lack of proper counselling and illiteracy situation is deteriorating.

Women and armed conflict is another issue which was highlighted in Beijing Declaration and Platform for Action (BPfA) besides this other issues such as women and the economy, women in power and decision-making, institutional mechanisms for the advancement of women, human rights of women, women and the media, women and the environment and the girl child, were also enlisted in the agenda for women empowerment.

In the ongoing war of GULF it is estimated that more than 90% killings are of children and women.

In the developing Nations women are facing financial problem a lot, due to illiteracy and lack of skills the whole class is dependent on their husband, father or others. It does not mean that their guardian do not allow them to earn money problem is inability.

Small and medium scale business and handicraft culture is dying the Asian societies. It due to rapid advancement in the industries and technology now from needle to ship. All items are assembled and manufactured in the factories. Now multinational companies demand and hire skilled and educated labour. Hence due to high competition women are going financially at bottom.

Women also question about their decision making in major issues from home to offices, school to university, they argued that they are not given suitable autonomy for making decision of their own choice.

Institutional mechanism is improved all over the world due to media campaign. Now governments are realizing to enforce women rights rules and regulations for offices and society.

Perhaps one of the biggest role which has played for women and their uprising, empowerment is Media. Media not only improve general awareness but also give a platform to female to act and talk about their rights. Media has highlighted violence against the women, they have provided documentary evidence for all issues which a female is facing in the global society. No doubt, media is clear advocate of women empowerment and it contributed a lot, but on the same time it reflected women a showpiece as well, it has made the female a model to be show and sex symbol.

Print and electronic media is making money by exposing women, and women are eager to show herself for money and popularity. Thus a race has begun, which has no end but it has morally defame the society as well as women. Now situation is society and youngster used to see women as a tool for sex satisfaction and play, this was not before some decades ago, but now situation has worsened.

The only key to revival is female class herself decide whether she will continue to expose herself or it will make some rule and discipline. Now the situation has reached that nudity is becoming the right and covering is becoming a foolishness.

Poverty is one of the biggest issue which is root cause of all other issues related to women empowering, like early marriage, illiteracy, lack of health facilities, death during child births, infertility, son or daughter desire. All of these above mentioned issues are connected directly or indirectly with poverty. IMF and other major donor agencies have made millions of financing in this sector, but due to high interest rates of donor and poor management and high population growth of debtor result in nothing.

Besides, developing Nations women are also facing their privilege and rights problems in developed Nations as well.

Early marriage and son and daughter desire can be curbed by giving employment opportunity and proper counselling to the victim family.

How to address women empowerment issue

All of the above referred obstacles can be removed in following manners:-

Education for all genders must be initiated.

Equality for all genders must be mandatory.

Proper legislation and guidelines may be adopted.

Media must highlight the issues related to both genders.

Women must not be treated as a sex symbol as media is doing now a days.

Respect for all genders must be adopted.

Women must be given share in property and inheritance as given in some society especially in Islam.

Old customs established against women from years in Africa, India and other parts of the world must be prohibited.

Basic and technical training may be given to empower her for making them economically strong. 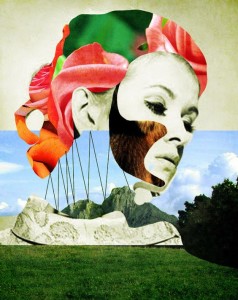