Weights and Measures quiz are actually the units and standards for communicating the amount of some capacity/quantity, e.g. length, capacity, weight, area, and time. The branch of science which deals with weights and measures is referred as metrology. Some description of weights and measure for you knowledge …”weights and Measures are as already told some definite standards and guidelines developed around the world for capacity and quantity of material things and liquids. Besides international standards and regulations almost every Nation has made legislation and adopted standards for their ease in daily life of their subjects. Some of the standards has been made by ISO. each of standard is placed in Paris such as “KG weight”, “Meter Rod” etc. After adoption of International Standards now most of the Nations are following world and international standards rather local and old standards.

Now please practice and give us your valuable feed back without any hesitation.

It is found that history of basic systems of weights and measures date from ancient times. Initial units were usually based on measurements of natural objects, like trees, body and animals.

Weights and measures Standards have great variation as per area, region and community. Research has shown that there is some communication between the Egyptian, Babylonian, and Phoenician communities, based on a little bit similar standards.

Roman Empire was pioneer in standardizing the weights and measures standards.

But there were variations in same units all over the world and it was need of hour to make a uniform system and in this regard SI system or system of international units for weights and measures were adopted all over the world.

The International Bureau of Weights and Measures (BIPM) was set up by the Meter Convention  signed in Paris on 20 May 1875 by seventeen States during the final session of the diplomatic Conference of the Meter. 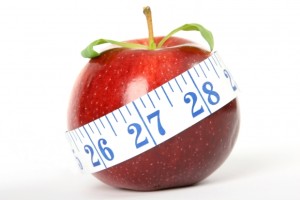 The base quantities used in the SI are length, mass, time, electric current, thermodynamic temperature, amount of substance, and luminous intensity. The corresponding base units of the SI were chosen by the CGPM to be the meter, the kilogram, the second, the ampere, the kelvin, the mole, and the candela.