Article on tolerance need of the hour

“Article on tolerance need of the hour” is written as an essay as well as a “speech on tolerance a need of hour “.

Tolerance is need of hour and nothing is required in this contemporary world than TOLERANCE. As, Tolerance is to accept the views and actions of other with patience and light behavior.  Stopping himself from reaction on the action of other is real TOLERANCE. Parents observe tolerance by forgiving the mistakes committed by their kids similarly a friend bear the odd habits and things of his beloved friends with patience and tolerance. Friendly nations and societies usually do not react over the actions even deadly by one of his friend. That’s why such actions are named in war as friendly attack or strike.

History of tolerance is as old as the birth of this planet. The whole system of universe is based on patience and tolerance. Almighty Allah forgive His disbelievers and even then He waits for his abandon over sins. He do not take away His blessings from sinner and disbeliever by view of tolerance and patience. Prophets of God were advised to take lenient view for his disbeliever. 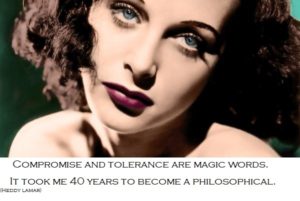 International community has now accepted the value of tolerance and therefore 16th November is celebrated as a Tolerance day in the world.

Why it is important to be tolerant

One should start the implementing the habit of tolerance from his home. We should accept the right and positive views and demands of our kids and life partner. We should not impose our thinking and ideas on other in spite that we should try to convince them with logics and counselling if they are going in wrong way. It is observed that relationships and family set up destroy due to lack of tolerance and patience. It is duty of other partner to observe tolerance if the other is in anger and vice versa.

In world politics need of tolerance building and patience is required more than anything. Powerful nations should accept the views of other weaker nations and must try to give the share of trade, economy, power and rights to the weaker nation. This type of attitude can only save the world from wars and terrorism.

Burning issues among the communities may be settled with dialogues and using the forums of International organizations.

It is also part of tolerance not to get involve in the internal matters of other communities. More over terrorism and war for freedom may be separated and later may be treated with patience while former must be crushed with joint efforts.

Lack of tolerance in our society

Wars, conflicts and terrorism are result of absence of tolerance and non-acceptance of other views and rights. Conflicts and issues arise when party do implement their agendas while not considering party B rights and privileges. In some cases minorities do not use legal ways to highlight their issues.

Rise of terrorism is due to lack of patience and tolerance among the groups and masses. Such entities choose short cut ways to get their goals achieved, this attitude brings destruction and unrest in the societies. We are witnessing results of terrorism due to impatience behaviour of parties.

We see that in most parts of the world Hindus, Christian, Buddhists, Muslims and other religious sects are at daggers drawn. Even inside a religion sects and segments are quarreling with one another to impose his views and thoughts. There is dire need of accepting and respecting the views of other religion, otherwise this planet will become a mess and unrest will go on prevailing among the societies.

How to be tolerant

But question arises what are the steps to move ahead for observing tolerance, these are: